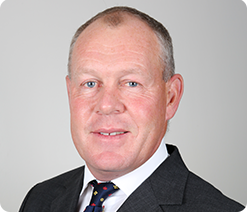 Following his graduation in 1992, Frank worked in corporate finance at Stanbic Merchant Bank, Harare. In 1993, Frank and his brother Ray founded Cadiz Holdings, a specialist derivatives research and trading company. The business grew rapidly, acquired a bank in 1998 and listed on the Johannesburg Securities Exchange in 1999. Within Cadiz Holdings, Frank was the CEO of Cadiz Securities which was formally rated (in the Financial Mail Survey) as the best derivatives research and trading company in South Africa for 16 consecutive years, in the face of stiff competition from many of the main international and all the local investment banks and brokerage houses. In 2014, Frank was appointed as the CEO of Cadiz Asset Management, which was voted best Specialist Fund Management Company in South Africa in 2011, and best SRI Investment Manager in South Africa in 2009 and 2010. Frank joined Constellation Asset Management as Managing Director in 2016.

Frank is a keen golfer, enjoys most sports and lives in Cape Town with his wife Perry. They have 2 sons and a daughter. 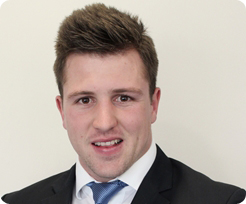 IW holds a B.Com (Hons) in Risk Management and Investments from the University of the North West. He started his Read More

career at International Finance Group Africa as an investment analyst before joining the Alternative Investment team at Cadiz Asset Management in 2013.

With effect from 1 February 2015, IW joined Constellation to help launch an Alternative Investment business with the key focus of structuring tailor-made (long and short term) solutions for the institutional and retail market.

IW is a very keen golfer, sports enthusiast and enjoys spending time with his family. Philip has been involved in financial markets for over 25 years. He spent many years at BoE Asset Management where he Read More

He is well versed in the South African financial services operational and regulatory environment.

Philip enjoys sport of any variety, is married to Lee and they have two very active sons.